Welcome to Creatives Grab Coffee, a podcast on the business of video production, hosted by Dario Nouri and Kyrill Lazarov from Lapse Productions.

Our goal is to make the video production industry smaller by creating a sense of community. Whether you are a creative, an entrepreneur, or a professional there is knowledge for you to learn. Join us as we have industry professionals from around the world come on the show and share their insights on the industry and business. Welcome to Creatives Grab Coffee. Welcome to Video Production.

Today we’re joined by Brett Connors from Light Factory, a video production company based out of Calgary that focuses on creating video for brands and arts.

Watch or Listen to the Episode

Kyrill Lazarov: Welcome, everybody, to Creatives Grab Coffee. Today, we’re joined by Brett Connors from the Light Factory, a video production company based out of Calgary that focuses on creating video for brands and arts. Welcome, Brett.

Brett Connors: Thank you for having me.

Dario Nouri: What would you say are some of the most important systems you have developed for your business?

Brett Connors: We were good at client relations at the beginning so it was our system for that time. So we built on that and developed our review process, follow ups, categorizing files and documents, etc.

Dario Nouri: We’re running into an issue lately where we have to just get on top of our organizational skills. Our google drive gets so messy at times with subfolders within subfolders. So its important to just take a moment every now and then and clean it up.

Kyrill Lazarov: You have to do audits every now and then in terms of your internal systems, how efficient it is after a while, because we had a few systems where they mutated into one big mess. So we have had to consolidate it to make it more manageable.

Brett Connors: We hired someone in January, Haley, who is awesome. She’s kind of our project manager, production coordinator and we had her doing contract work through October when a couple of big projects came up. She had experience producing for TV and she was fresh out of school so super eager to do everything. So its three of us now.

Dario Nouri: It’s good that you guys brought her on via contract work at first, so you guys can see how well you two worked together before you brought her on for a more permanent role. In terms of what you and Brett do, is everything split down the middle or does one person focus more on the business side of things and the other person more on the creative?

Brett Connors: It’s split down the middle. We all have our strengths. I probably do a bit more editing while Brett does a lot of the design and motion graphics work. The biggest thing that I guess was a unique thing, maybe you guys do the same thing, is that we co-direct projects.

We just found that, especially on big corporate stuff or commercial stuff, there’s so much for one director to do that we can kind of split it up.

Dario Nouri: That’s very similar to us as well. We’ve developed this kind of fusion mix of co-directing and co-producing at the same time because like you said, its hard for one person to focus on so many tasks on corporate shoots. Its not like on film sets where you have many different roles. On corporate projects, the main roles spill over into different roles since its not unionized.

Brett Connors: Yeah. I mean, I hope it gets more accepted and it’s more understandable especially for creative agencies. Hopefully they become more accepting of an understanding that, maybe getting two people, if it works, is going to be a stronger vision.

Dario Nouri: With ad agencies how do you pitch co-directing?

Brett Connors: We don’t do too much work with agencies, and when we do its usually smaller projects that can easily be handled by one director, but when we are dealing with a bigger agency project we are usually just providing the production and the agency deals with all the creative so they don’t seem to care who’s actually doing it. When it is brought up to them it is considered a pretty foregin thing though.

Dario Nouri: For us what we do is we split it up into two hybrid roles: Producer/Director and Director Cinematographer. That way that role is two-way and its less confusing for the client or agency. The amounts are the same anyways for both roles.

Kyrill Lazarov: Before we head off, why don’t you tell us how you came up with the name?

Brett Connors: From what I remember, we always like the idea that video or film is creating with light. So we had that in our minds, and then factory, we were seeing influences like the Beer Factory or whatever, and we both kind of wrote down the light like Factory Light Factory. So yeah, it’s the whole painting with light thing.

Dario Nouri: Thank you so much for taking the time to come on our podcast!

Brett Connors: Definitely. Thanks. Thanks for having me. This is super fun. 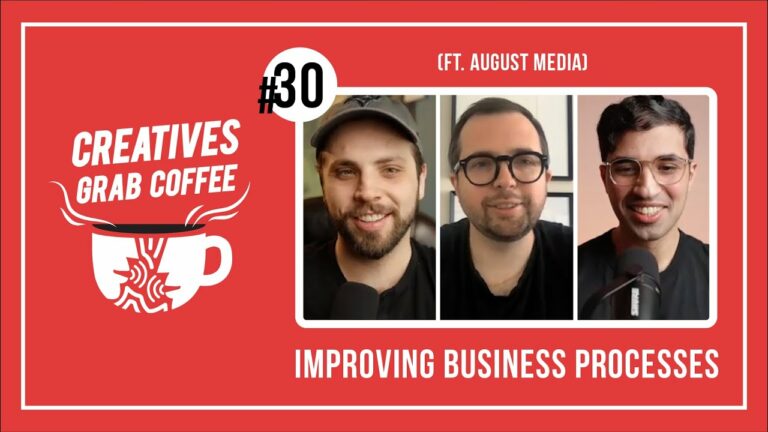 August 5, 2022
Today we are joined by Sasha Ulyanov from August Media. August media is a boutique digital agency that covers everything from content production, management and …
Read More 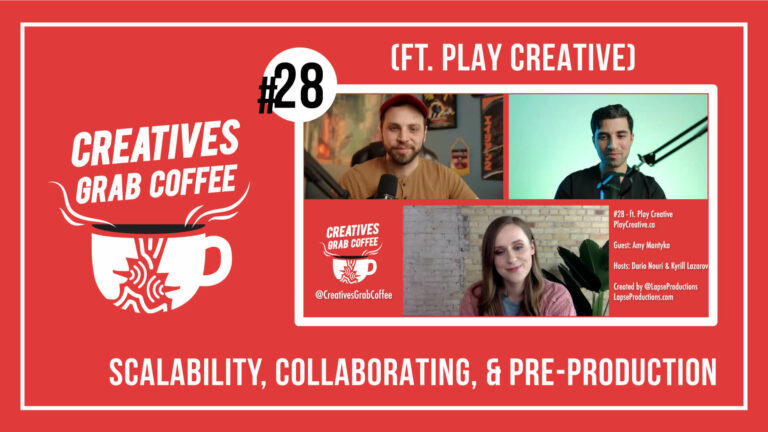 June 14, 2022
Today we talk to Amy Mantyka about Scalability, Collaborating with team members, and the importance of Pre-Production.
Read More 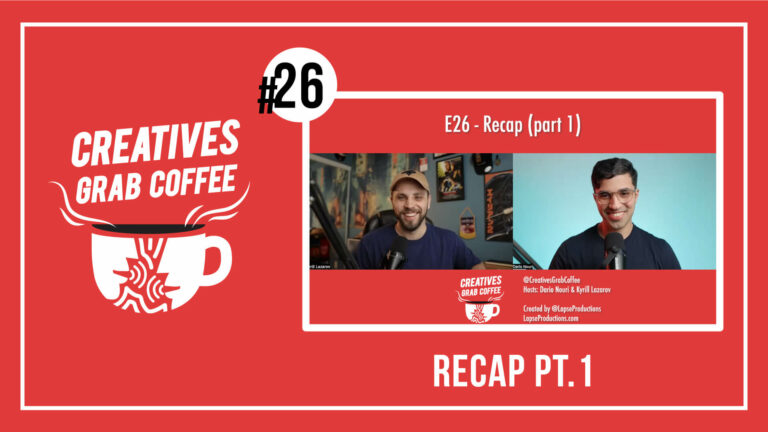 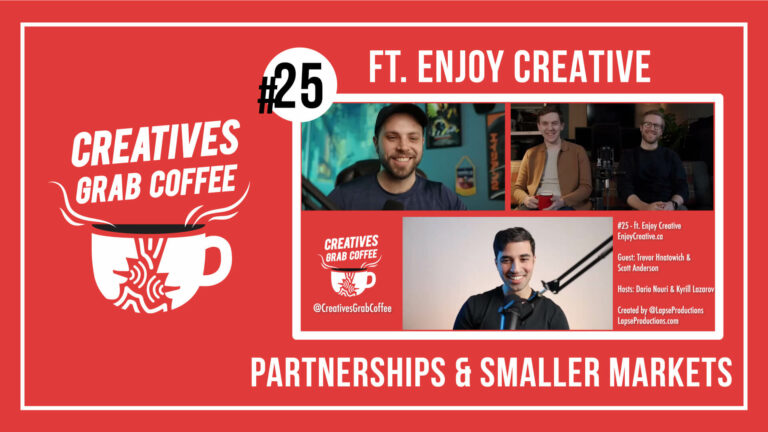 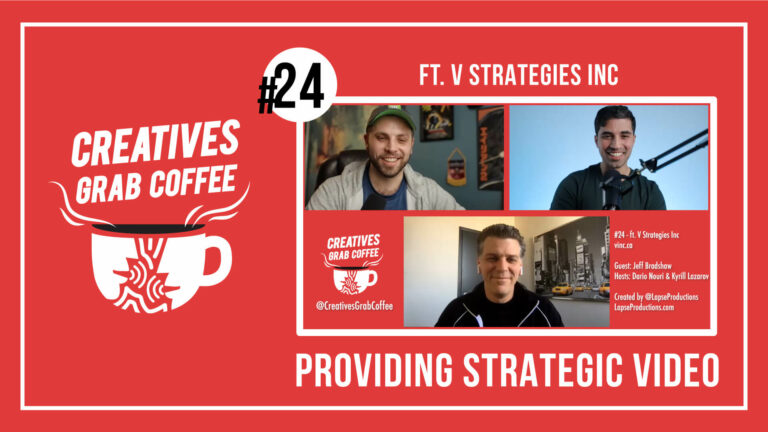 May 3, 2022
This weeks guest is Jeff Bradshaw from V Strategies Inc. V Strategies Inc is a Calgary (Alberta, Canada) based Video Production Company that has been …
Read More